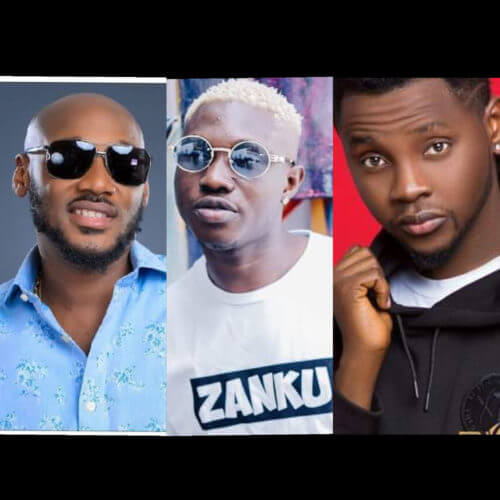 Some Nigerian artistes have been involved in auto crash while some have experienced a scare of having to be in situations of sporadic gunshots and many other life threatening situations.

This post is one that would highlight below the Nigerian artistes that for once or twice in their lives have narrowly escaped death.

He once experienced a near-death situation in December 2016 at Calabar Christmas village while performing. It was reported that some dare-devil armed robbers had stormed the village at about 1 am and shot repeatedly into the air while dispossessing fun-seekers of their belongings.

Kizz Daniel who was still on stage at the time of the happening got the shock of his life as he couldn’t believe the armed robbers actually made him the prime target. Just before the security men tried to get him to a safe place, the highly vindictive looking armed robbers had already ripped his valuable belongings off him, threw bottles at him and also opened fire right in his presence. Who would believe that the “One Ticket” singer could have escaped those fiery gunshots the robbers opened on that unfortunate day.

Nigerian rapper and rave of the moment Zlatan- Ibile escaped death from the hands of rival cult members on 12 January, 2019 while he was performing at DJ Kaywise’s “Joor concert” at the Abesan Gardens within Abesan Estate at the Alimosho L.G.A in Lagos.

The Zanku crooner had allegedly worn a beret belonging to his alleged confraternity and also allegedly carelessly singing the praises of his supoosed confraternity which reportedly triggered the suspected members of a rival confraternity who turned up for the show. It was said that one member of the rival cult group, identified as Ronaldo had approached Zlatan and forcefully removed his beret before attacking him.

On sensing that the matter was out of hand and uncontrollable, the crowd who was enjoying the show took to their heels as fiercely looking young men who were already in the quick mood to devour and spill the blood of anyone stepped out. The incident wrapped up the show as the concert could no longer continue.

Zlatan was however, rescued from the hands of the cultist by the timely arrival of soldiers.

Nigerian indigenous rapper and singer Zoro Swag, experienced what would be one of the most terrifying days of his life on September 2018 in Port Harcourt, Rivers State. The singer shared his experience via twitter on his encounter with a faction of the Nigerian police, the dreaded SARS officers.

Zoro disclosed how he escaped being shot dead by the operatives of the Special Anti Robbery Squad [SARS] of the Nigerian police in Port Harcourt, the Rivers State capital. He wrote, “just had the most terrible day of my lifeee Gooooooddd. SARS in Port Harcourt. These bullets almost caught me, for nothing.

Narrating briefly the story, Zoro wrote on his social media pages, “you double cross us, flash torch , we stop, you begin shoot! We come down you still dey shoot! Mr Mike and Nwachukwu weldone.”

Nigerian pop star terry G, survived a ghastly motor accident in the Lekki area of Lagos in 2016. The accident involved his Range Rover Sport and another car, the incident occurred about 6 am while he was returning from a night club.

it would be recalled that this would be the second time the “Akpako master” would be involved in an accident in five years.

It was a thing of joy when it was revealed that Terry G didn’t sustain any injury in the fatal accident, though his car was severely damaged and his driver sustained a minor injury but no life was lost.

Nigerian leading music star 2baba had a disastrous day on July 2007. He escaped death when a group of armed robbers in Lagos allegedly attacked and shot him more than five times in the leg. The singer was quickly rushed to Cedar Hospital in Festac Town for urgent treatment.

The unfortunate incident took place along Airport road, while on his way back home from London where he went to collect an award. A source close to the artiste’s management said that the armed robbers attacked only 2 Face, who was riding in the same car with four other musicians. The source revealed targeting only 2face justified that a certain power wanted him dead.

The source also confirmed that the incident was the second time the artiste was being attacked by unknown armed men. But fortunately for him God always got him.