Del B ft. Patoranking, DJ Neptune Penetrate is another beautiful cool track from DEL B. This song is available for download. Get it below! …

The female fan identified as Olayemi took to her twitter page on the 4th of August,2019 to reveal that she would love to travel to Dubai in 2020 “I’ll travel to Dubai next year. Speaking it into existence.”

The “Wilmer” singer upon seeing the tweet responded saying that she need not wait till 2020 as he is willing to foot her bills anytime she’s willing to go. “You don’t have to wait till next year…if you have a valid passport let me know you can travel anytime…all expenses paid.” 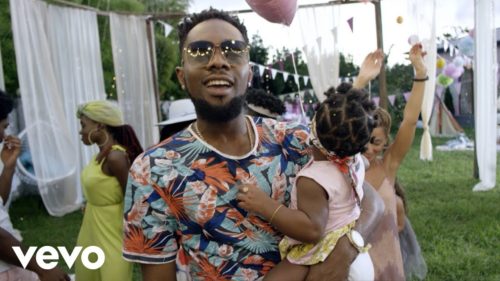 The title track of the album “Wilmer’ which is an ode to his daughter features close friend and collaborator, Georgian Star Bera. The visuals of this standout from the album comprise of a vibrant and colourful theme which sees Patoranking and Bera celebrating Wilmer in diverse and celebratory scenes.

The energetic mid-tempo bop which fits the vibrant and celebratory theme of the video is evident with the appearance of a piñata with an array of happy kids running through the party as bubbles floated in the air and balloons drifted around. “Wilmer” embodies and represents the overall feel of the album. The vibrant pairing of lyrics and a visual that captures a piece of that extraordinary bond between a father and daughter.

This is the 3rd video from the album after “Confirm” and “Lenge Lenge” which has gained almost ten million views on Youtube combined. “Wilmer” the album debuted at number 5 on the Billboard Reggae Chart. Watch “Wilmer” featuring Bera below!

Simi parted ways with X3M record after the success release of her 3rd studio album ‘Omo Charlie Champagne‘ in April. She starts a new record company named ‘Studio Brat‘ and to get down to business Simi presents the official music video for her song “Jericho”.

“Jericho” is a track off her latest album and she features dancehall and reggae artiste Patoranking for a different vibe. This record is a blend of RnB with Dancehall, produced by Vtek.

Watch and Enjoy below

Wilmer is another studio album coming from Nigerian reggae-dancehall singer and songwriter, Patoranking. Which will be released by Amari Musiq / EMPIRE on May 24, 2019.

With so much mind blowing songs, Patoranking afterward release his much anticipated album titled “Wilmer“.

Off Patoranking album is this banging song titled “Wilmer”. Patoranking featured talented French-Georgian singer/international pop star, Bera on this record that preaches about love and support between two lovers.

Patoranking has in a very emotional way announced the tracklist for his forthcoming album; “Wilmer.”

The album will consist of 12 Tracks which features five music superstars including Nigerian heavy-weight, Davido.

Although the song, “Confirm” that has Davido on it is currently making serious waves across the continent, the second track off the album, “Lenge Lenge” is what seems to be doing majorly well as at the time of this news.

Patoranking’s album is one of the most anticipated albums of the summer and we predict it to be a banger.

Patoranking released the cover art to his forthcoming album; Wilmer, last week which got many asking questions.

The cover art sees Patoranking holding a baby in his hands which has got many curious about the identity of the baby.

However after many attempts by people to know who the little girl is, they have established that she is the singer’s daughter.

See their beautiful picture below:

As a follow up to his new release, Patoranking presents the official music video for “Lenge Lenge“.

Few days ago Patoranking dedicated his forthcoming album titled “Wilmer” to his beautiful daughter. He also announced the release date (25/05/2019) and a new single that will welcome the album.

“Lenge Lenge” is a pure Afrobeat vibe for the slim African ladies that got some curves. When it comes to music video Patoranking brings quality, he shows his real African heritage.

World Best, Patoranking comes through once again with a new banger as we anticipate his forthcoming album “Wilmer“. This new vibe is titled “Lenge Lenge” and it a pure Afrobeat produced by DJ Coublon.

“Lenge Lenge” brings back the real Afrobeat pioneer vibe, Fela (Baba 70). On this record Patoranking appreciate slim Melanin ladies that got some features he can hold and play with (lol).

It serves as a follow up to his last hit “Confirm” featuring Davido which is still buzzing heavily and enjoying streams.

Meeting one’s favourite celebrity can beget different kinds of reactions ranging from uncontrollable tears or high pitched screams.  This can be said of a fan from Harare, Zimbabwe when she met her number one Nigerian celebrity, Patoranking

The singer took to his Instagram page to share a video of the lady shedding uncontrollable tears. He wrote, “They give me Reason to Love my Job ???? Harare, Zimbabwe ?? see You on The 26th of April”.

Patoranking kicked off the year with a hit single “Confirm” with Davido which has been doing well and is still topping charts. His album “Wilmer” is expected to drop sometime this year.

About a week ago elite singers Burna Boy and Patoranking amongst other Nigerian artistes unleashed new singles and videos. Most likely many an artiste was waiting for the presidential and National Assembly election to pass away before returning to doing regular music.

From a lot of records released last week, Burna Boy’s ‘Dangote’ and Patoranking’s ‘Confirm’ stood out from the heap and would be reviewed accordingly. The two singles share a common theme about them, the main subject being about money.

Many folks like myself sat in patience awaiting a debut tune from Burna Boy in 2019, after what would be the best run in his music career last year. Just before the wait became unbearable Oluwaburna stroke with a super chill mid-tempo jam ‘Dangote’. The tune is titled after Africa’s richest black man Alhaji Aliko Dangote. The Kano-born business mogul has been used generously in several Nigerian songs when money and wealth are measured.

Again Burna Boy showed the beautiful synergy and chemistry with music producer Kel P. The lyrics which are in pidgin English and Yoruba are rich in content and inspiring. Dangote might not be exactly the vibe fans of Burna Boy’s music might have expected but it’s a remarkable track nonetheless. Maybe time would prove it a hit.

On the flip side is Patoranking’s ‘Confirm’ featuring Davido an energetic and uptempo record with a celebratory feel about it. This is one of those ‘counting my blessings’ track with braggadocious claims about having ‘long’ money. The money theme does not change but there are two different perspectives about the subject as seen in ‘Dangote’ and ‘Confirm’.

For Patoranking, this song is important as he hopes to make a big hit that brings him into the rankings again as he has been out of touch with his core Nigerian fans with his previous releases. He goes into making something familiar and easily likable.

As Wilmer the album is in view, this tune should resurrect major interest in the artiste and his upcoming project.

The choice of Davido as a guest feature was spot on as he is the king when it comes to singing about money around this clime. His verse brings the necessary excitement when listening to Pato became monotonous. Based on the celebratory vibe about this track folks should find it easy to put it on replay.

However, when placing both songs side by side, ‘Dangote’ feels like a hustlers’ perspective on money while ‘Confirm’ is sang from a baller’s perspective. Burna Boy’s jam is that track you listen just before to get to work just to get into the mood and right mindset while Patoranking’s is apt after conquering the day and meeting targets then you bump to it as you get back home with a smile of fulfillment on your face.

So Guys, Give Us Your Own Rating

Patoranking debuts the official music video to his most recent song “Confrim” including Davido.

Scarcely 24 hours subsequent to discharging this new banger that acknowledges Money, Amari Musiq/Empire superact Patoranking thrills his fans with the fresh visuals of “Affirm” to engage us and lit up the new month that falls in an end of the week.

The music video was shot in the UK, London and it coordinated by Luke Biggins.

The dancehall star is gearing up for the release of his third studio album and this new single is the first track off the yet to be released body of work. According to Patoranking his upcoming LP is titled ‘Wilmer’. 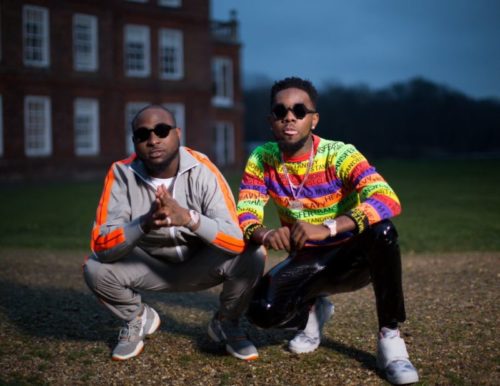 Just after announcing he would be dropping his second album Patoranking signals a new collabo with Davido.

The Nigerian music stars linked up in London and are working on a new track together.

Patoranking in a short clip on Instagram revealed his sophomore album would be titled ‘Wilmer’ after getting a customized neck piece for his upcoming LP.

Meanwhile, Davido is about all set to shutdown the prestigious 20,000 capacity  O2 Arena, London come January 27.

Here is a photo of the two artistes together. 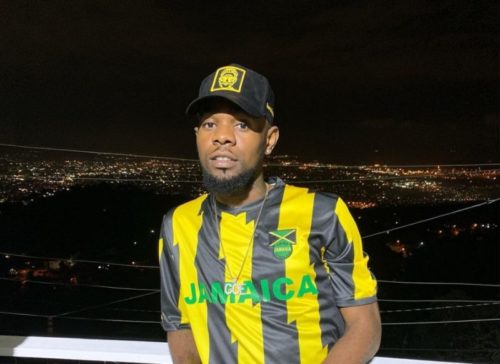 Dancehall superstar Patrick Okorie aka Patoranking is bracing up for the the release of his sophomore body of work.

The Nigerian musician who last year was a part of Lauryn Hill’s ‘Miseducation Tour’ would be giving fans more music this year.

This would be the Amari Musiq boss second album after his 2016 debut ‘God Over Everything’.

The ‘Available’ crooner found a unique way to announce the title of his upcoming project. He actually acquired new blings and a neck piece which bore the name of his up ‘Wilmer‘.

However, Patoranking has not revealed any specific dates for the ‘Wilmer’ album release yet.

Watch him in the clip below.