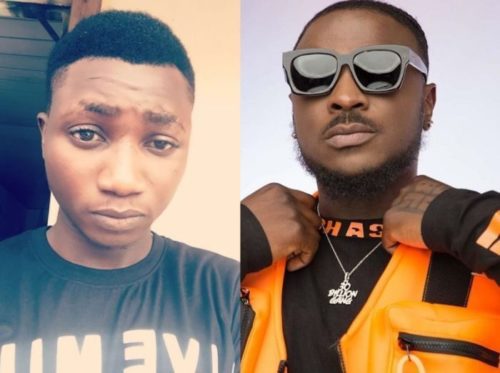 DMW act, Peruzzi has apologized to Nigerian influencer, Pamilerin after slapping him at an event in Bayelsa state.

The “Majesty” singer took to his Twitter page to tender an apology to Pamelrin for attacking him in such a demeaning manner.

Peruzzi revealed that he let his feelings get the best of him and that such actions would never repeat itself.

I did very wrong for yesterday slapping mr pamilerin, let my feelings get the best of me and I am very sorry. Apologies to mr pamilerin and also to the general public. I’d never get into such mess again. Love Only, I promise.

People come on here to say things just to get RTs and Likes. But you never get to really understand cos you’re on the “funny” end of the whole thing.

Someone else is somewhere feeling hurt because you don’t see that very thin line between Opinion and Insult.

Nobody Holy. We learn to grow