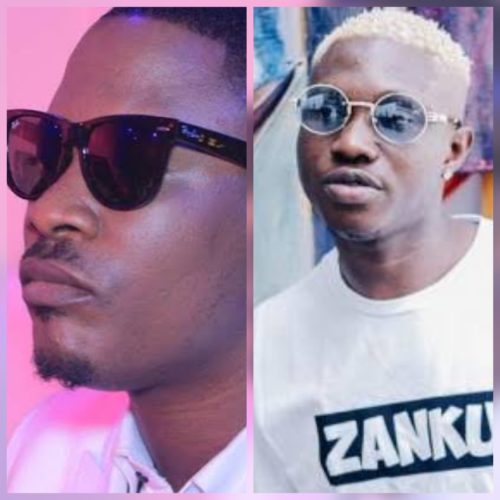 This time around, Jaywon looks like he would be the next tool the year would be looking to facilitate another beef.

The “Aje” crooner has taken to Instagram to call out Zanku crooner, Zlatan, for allegedly copying his song, “Odun yi (This Year)”

He reveals apart from the title, Zlatan copied his video concept and the song lines.

He wrote; “The same lines, video concept Lool not even talking about the title but no, dis dumb children on dis platform only follow trends but una papa. If you see me for road make you come talk to me. No be only slap you go chop you go chop belleful

“If e pain you, I Dey my house make you come beat me but I don talk Wetin I talk. Who no know before don know and who no wan gree know OYO.” 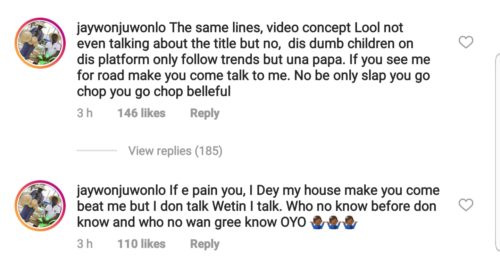 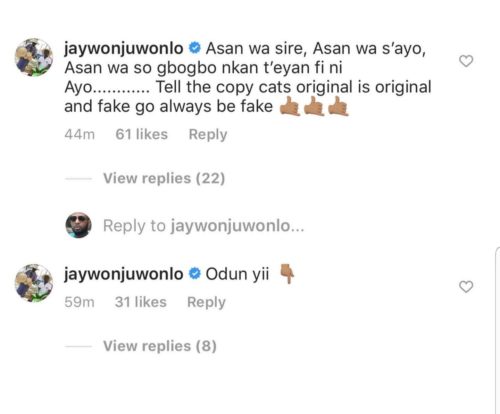