The young man who serves as a “personal assistant” to Davido, was brutally attacked by  SARS operatives while visiting his mother in Ikotun, Lagos. He had visited the area with Small Doctor, which caused the residents to go wild with excitement. After the music star left, the SARS men came into the area and arrested Aloma alongside other young men in the area.

Aloma sustained injuries during the arrest and also lost his 30BG pendant. He took to the Instastory to call out the SARS officers that stole his expensive jewelry. He revealed that he still recognizes the officer and would do anything to make sure that he recovers his stolen item. 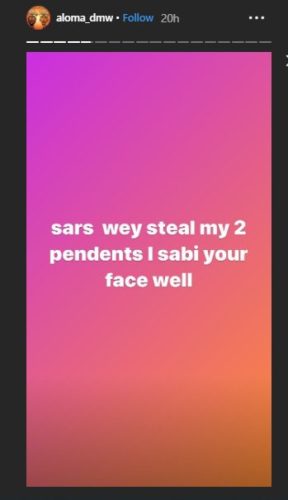 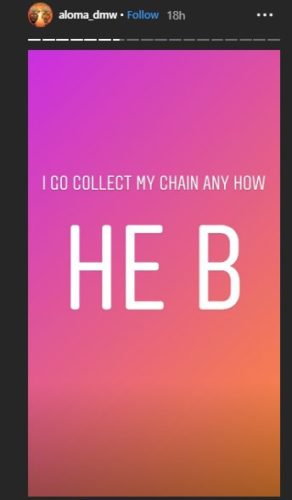